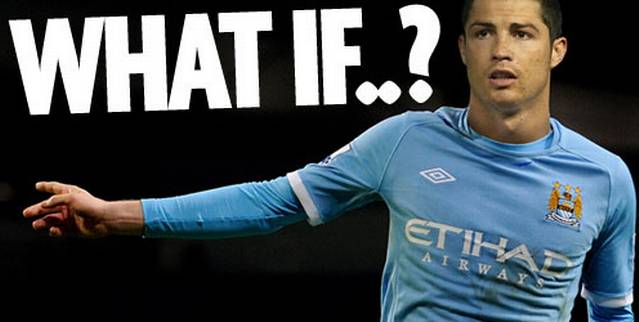 You may well have been sucked in by the Sunday Mirror’s big back-page EXCLUSIVE yesterday, with the paper running with an exclusive report into Cristiano Ronaldo’s dalliances with Manchester City, in which the man himself candidly admitted that he would have jumped ship to Eastlands this summer had Jose Mourinho left the Bernabeu and returned to Chelsea.

“It’s flattering to be offered £20 million a year – it’s very good, but I spoke to my agent and I think it’s better to stay in Madrid.

“Jose Mourinho is staying at Madrid so I stay. If he went to Chelsea then I would have left. I would have gone to Manchester City, but now he’s staying, I’m staying.”

Which, mid-way through a relatively quiet off-season, represents a fairly intriguing set of quotes, I’m sure you’ll agree.

The one small fly in the hair-gel? It was all complete and utter poppy-cobblers, as the following statement taken from Ronaldo’s official website (posted later on Sunday afternoon) will duly atest to:

“The Sunday Mirror publishes an interview with me today. All that content is false. I have never spoke with the newspaper, and never made those statements.”

…a statement he also reiterated via his Twitter feed…

Pies EXCLUSIVE:  ‘The Sunday Mirror are a rabble of feckless, lying swines!’

Aah, who are we kidding? That’s even less of an ‘exclusive’ than the Ronaldo bullhonky.