Desperate to get away after training to go home, karate kick some beehives for a few hours then feast on raw goat meat, Zlatan Ibrahimovic made a deliberately swift getaway from Milanello yesterday.

However, one incredibly eager/foolish reporter still fancied that she could coax a few words from Zlatan and ventured to stand in the middle of the road, dangling her arm out as the car approached.

Unsurprisingly, she got hit – with the wing mirror of Ibra’s Audi clipping her wrist as he drove past…

According to Gazzetta dello Sport, the injured journo was then ushered inside Milanello to wait for an ambulance to show up and kiss it better, where she apparently told the club’s staff that she was planning to sue Ibra for having the temerity to drive into a dumbass that was walking directly into oncoming traffic.

Zlatan’s legal response was as follows… 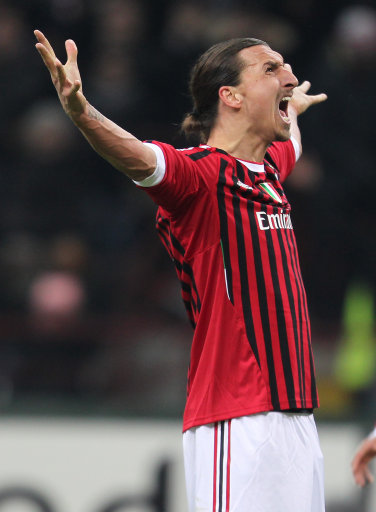 Good luck with that Signora.

Video: Dirty Tackle (thanks to Pies fan Purva for the nudge)