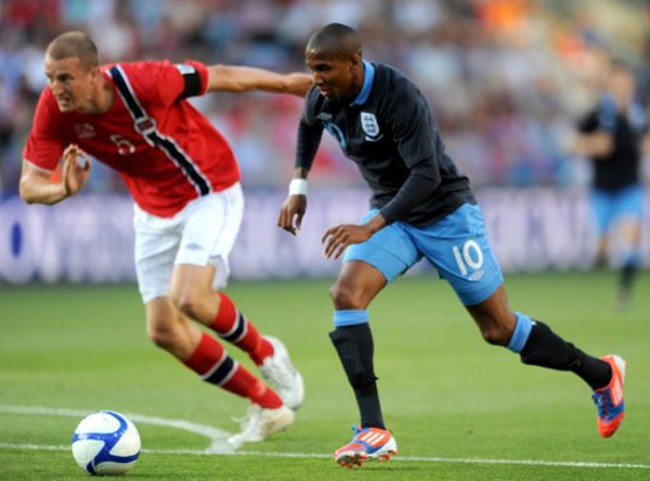 England secured their first win against Norway in 32 years on Saturday evening, courtesy of a single goal from Ashley Young. The United wideman netted superbly inside 10 minutes to give Roy Hodgson a winning start to his England reign, although overall, the Three Lions were rather sloppy in possession.

Andy Carroll did well enough up front while teenager Alex Oxlade-Chamberlain made his senior debut in a late sub appearance. However, a groin injury sustained by Gareth Barry may well have Hodgson thinking about a replacement for the City man ahead of Euro 2012.

Not a flashy beginning, but a win is a win as they say.