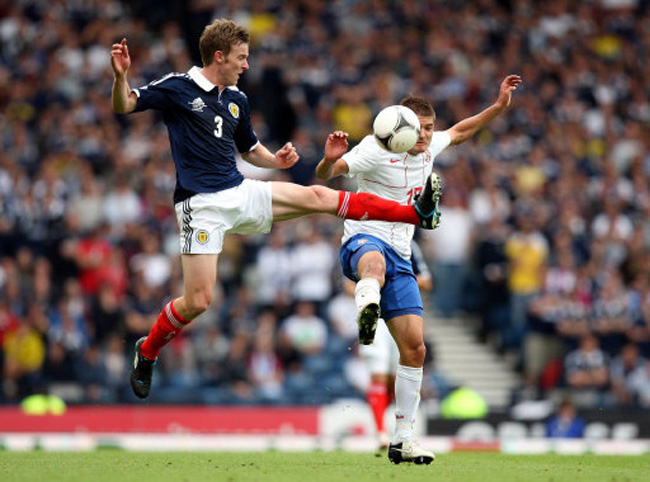 Craig Levein and his Scottish charges failed to secure a vital home win against Serbia on Saturday.

Both sides huffed and puffed, but in truth they game lacked a real spark. Man City defender Aleksandar Kolarov was key to the majority of the Serbs’ good play while new Stoke man, Charlie Adam, did his best to make things happen for the Scots.

Everton attacker Steven Naismith did provide a bit of drama, albeit by elbowing an opponent right in the face. However, the officials totally missed what would have been a nailed on dismissal.

Subs Jordan Rhodes, Jamie Mackie and James Forrest, all added a bit of much needed attacking power, but ultimately even they couldn’t get on the scoresheet.

Scotland’s upcoming home clash with Macedonia is now looking like a must-win game for Levein & co.