Wycombe ‘keeper Jordan Archer was attacked during the final few seconds of last night’s League Two tie against Gillingham, when a young fan bounded onto the pitch and leapt at the 19-year-old Tottenham loanee, knocking him to the ground with a flying butt-bump… 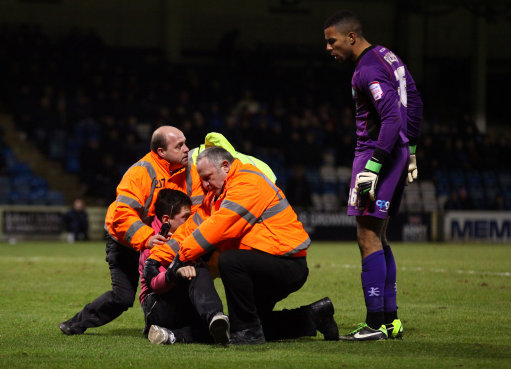 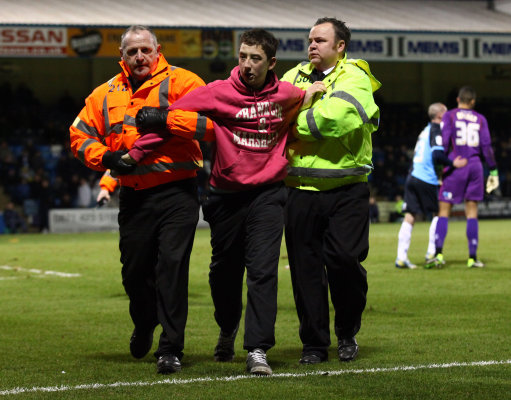 Not the worst ‘attack’ we’ve ever seen (the Leeds fan pie-facing Sheff Wed keeper Chris Kirkland not long ago instantly springs to mind – he was jailed for 16 weeks), but that doesn’t make it any less serious.

Kent Police have since confirmed that the 17-year-old toe-rag has been arrested on suspicion of assault following the incident.