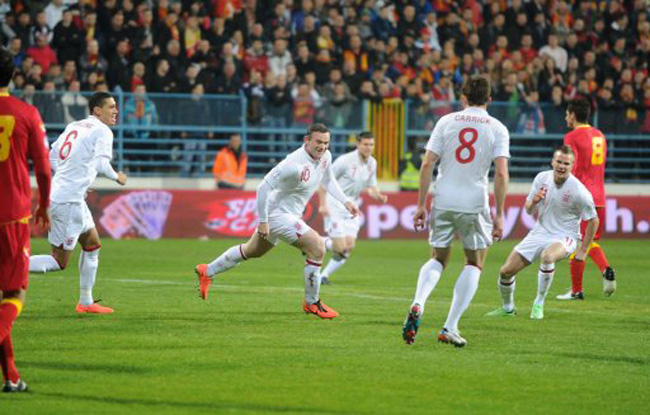 A right old game of two halves this was, with England bossing the first period and going in deserved 1-0 leaders at half-time. However, after the break, Montenegro were a totally different proposition, and laid siege to Joe Hart’s goal for much of the game.

Wayne Rooney was the goal-hero for the Three Lions, nodding in a Stevie G corner after just six minutes. Rooney had already hit the post as the visitors looked the far better side.

In the second-period, it was the home side who would dominate, with Juve’s bearded attacker Mirko Vucinic wasting a fair few chances before sub Dejan Damjanovic fired home on 77 minutes. That goal was well deserved after the Montenegrins had pushed and pushed for a vital equaliser.

England did their best to fight back at the death, but ultimately a draw was about a fair result. Roy’s boys still have a lot to do if they are to secure an automatic qualification berth for Brazil.