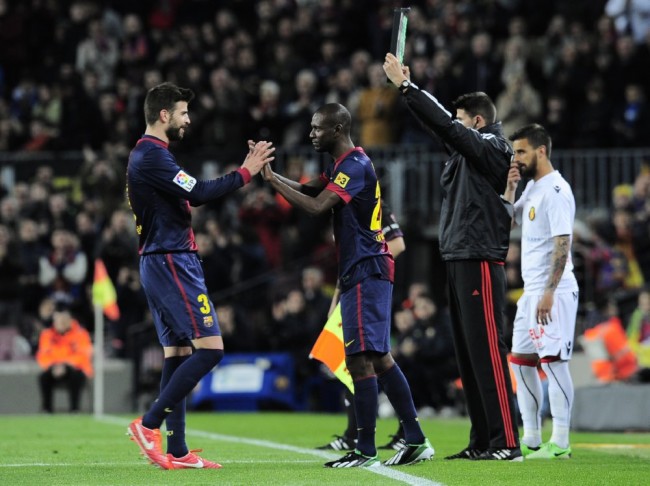 Against Real Mallorca on Sunday evening one Eric Abidal made his first appearance for Barcelona for over a year (402 days to be exact) after undergoing A LIVER TRANSPLANT back in April of 2012 when the French defender replaced Gerard Pique in for the last 20 minutes of the game.

Once again, he had A LIVER TRANSPLANT. He is now playing for Barcelona again.

Safe to say, it was an emotional moment at the Camp Nou, which rose to its feet in unison to applaud Abidal back onto the pitch…

How great was that? Abidal obviously thought so too, telling L’Equipe:

“It was a long ordeal. I really struggled. I received a lot of support through this year and this was the most important thing. From my wife, my parents, my friends, but also the fans of Barcelona too.

“Without them, I would not have returned to football. It was a unique moment. I really enjoyed these 22 minutes, as I was told I played 22 minutes.

“My goal was to return. Now it is done and I try to look a little beyond this. After a year of effort and hard work, the ovation is the best thing I could have had.”

Incidentally, the cousin which Abidal was so keen to thank on his undershirt is the man who donated a sliver of his liver for Eric’s operation.