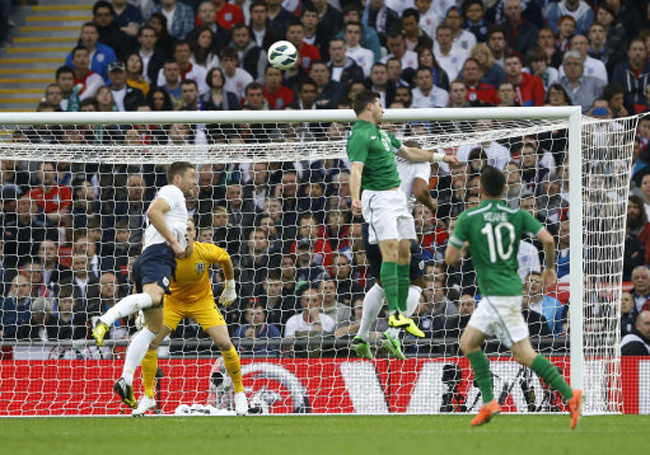 For the fourth time in a row, England and Ireland played out a 1-1 draw, this time at Wembley on Wednesday evening.

The visitors opened the scoring on 13 minutes, courtesy of a superb Shane Long header from a equally fine Seamus Coleman cross. However, Frankie Lamps  leveled the scores just 10 minutes later after some dodgy Irish defending saw him left with just ‘keeper David Forde to prod past from close range.

After the break, a rather tired looking England were the more likely to score, with Alex Oxlade-Chamberlain impressing in midfield. However, ultimately the game would end in yet another 1-1 result. Oh, and captain Ashley Cole, despite all the pre-match hoo-haa over the armband, got quite a decent reception from the Wembley crowd.