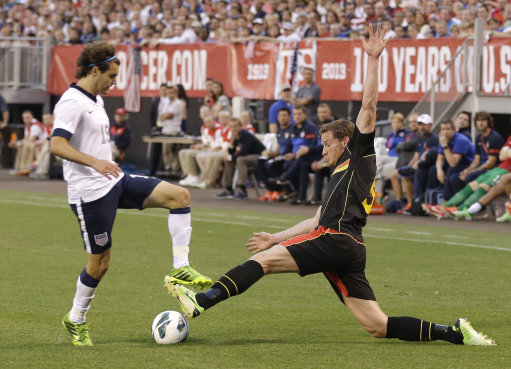 A decent smattering of Premier League stars were on show at the FirstEnergy Stadium in Cleveland last night, with the league providing all six of the goals scored in Belgium’s 4-2 win over the US of A.

Sunderland’s Simon Mignolet was in goal for the Belgians while Vincent Kompany, Jan Vertonghen, Romelu Lukaku, Thomas Vermaelen and Moussa Dembélé also featured, with Eden Hazard staying on the bench. While along with Demspey and Cameron, Brad Guzan and Tim Howard shared the goalkeeping duties for the USA while Bolton’s Stuart Holden also featured.