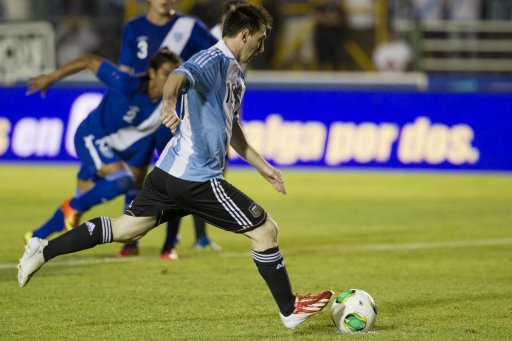 Argentina beat Guatemala 4-0 in a friendly last night with Lionel Messi scoring a hat-trick on his triumphant return to the national side in a less than taxing affair for the Albiceleste.

Messi’s first goal was a bit of a cracker in its own right but it was his second, a penalty, which took on added significance as it saw the Barcelona Ewok draw level alongside Diego Maradona in the all-time Argentina goalscoring stakes on 34 goals in 11 fewer caps.

Messi went on to poke home his third of the evening which actually moves him level with Hernan Crespo on 35 goals, joint-second in the all-time list but still way, way behind record scorer Gabriel Batistuta, who racked up 56 goals in the space of his 78 caps.