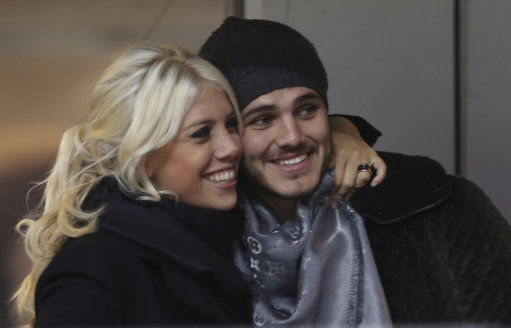 The game was billed as the “Derby della Wanda” beforehand; the Wanda in question being Wanda Nara: Italian model, ex-wife of Sampdoria striker Maxi Lopez and current girlfriend of Inter forward Mauro Icardi, who were both team-mates and friends at Samp last season until the former pilfered the latter’s lady friend towards the tail-end of 2013.

Lopez’s marriage duly broke up with Nara (with whom he has two children) claiming that he had “neglected” her in an interview with Revista People.

“Although I’ve been living in luxury, I am also living with hidden pain,” Nara reportedly wibbled. “I think the time has passed for me to save my family. I will not fight for the money, because [Maxi] knows me.”

Icardi then moved to Inter the following season with Wanda in tow and the relationship between the two became increasingly public, with Nara posting “after-sex selfies” on Twitter and Icardi publishing photos on social media of himself and Nara, along with her two sons wearing Icardi’s Inter kit shortly before the Sampdoria game – to which Lopez took understandable offence, telling Sky Italia: “I can understand that, being a public figure, he publishes photos. But I’m not comfortable with my kids being in those photos.”

As expected, the two players refused to shake hands before the game…

Then things got really tasty… 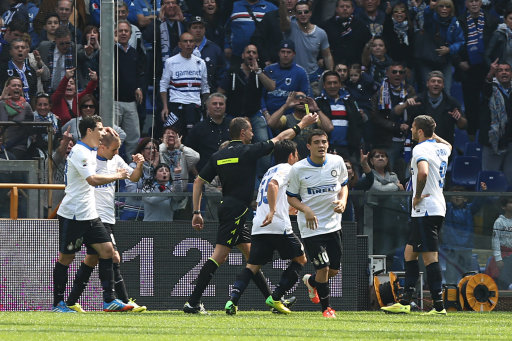 First of all, Icardi opened the scoring after 12 minutes and promptly celebrated by cupping his ear in the direction of the Samp fans (who had been jeering him remorselessly since before kick-off), earning himself an instant yellow card in the process. 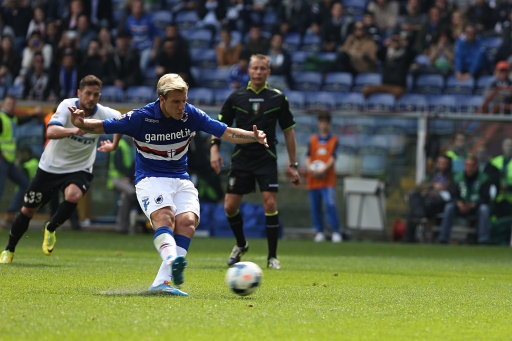 Just five minutes later, Samp won a penalty with Lopez given the chance to level the scores, though the striker’s spot-kick was duly saved by Inter ‘keeper Samir Handanovic.

Two minutes later, Lopez’s striker partner Eder was booked for a blatant dive which sparked a skirmish in which the Brazilian was given another yellow card and sent off.

Samp then ran out of steam and ended up losing heavily; a Walter Samuel header, Rodrigo Palacio’s 15th goal of the season and, just to grind coarse sea salt into the wound, another goal for Icardi fleshing out a 4-0 defeat for the home side…