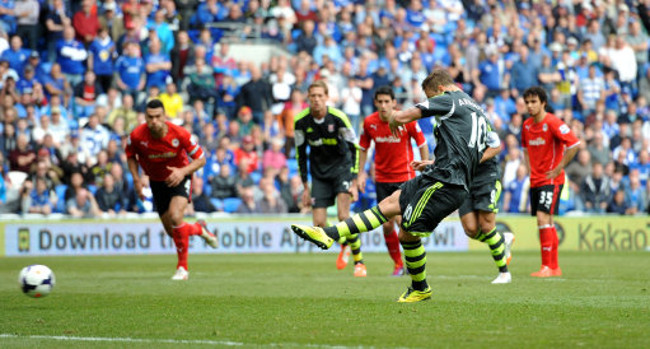 A game of two penalties, Peter Whittingham’s spot-kick secured a vital point for the Bluebirds after Marko Arnautovic had opened the scoring for the Potters courtesy of his own spot-kick.

Overall, a draw was a fair result, although David Marshall in the Cardiff goal needed to be at his very best as Stoke pushed for a winner while Jonathan Walters also hit the woodwork too. The Bluebirds’ draw put them two points away from safety with Stoke nicely bedded down in mid-table comfort.