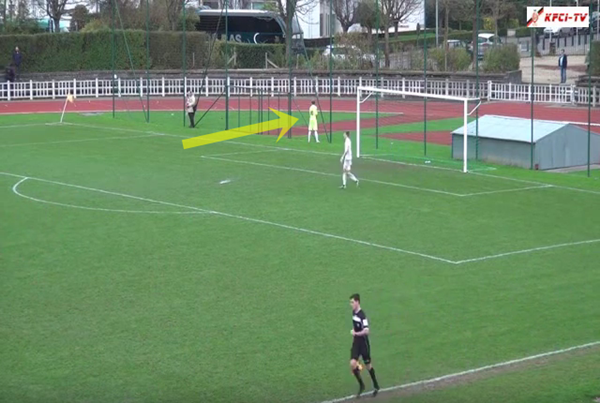 Belgian amateur side Eendracht Aalst racked up an impressive away victory over KFC Izegem in the Belgian Third Division last weekend, though the result has quickly been overshadowed by events (just slightly) off the pitch.

With his side 2-1 up, Eendracht striker Philippe Janssens decided that he just couldn’t hold it any longer and dashed off behind the Izegem goal to take a leak against the fence.

Despite only having 10 men on the field, Eendracht then quickly dispossessed their opponents, charged up the field and scored on the counter-attack to make it 3-1, all while Janssens was mid-stream…

Chuckle ye may, but it would appear that the police may be about to have the last laugh.

Indeed, Het Laatste Nieuws are reporting that Janssens might be about to receive a knock on his door from the local constabulary after footage of his mid-match easement went viral in Belgium over the weekend.

As far as emergency pisses go, this one could end up being fairly costly.