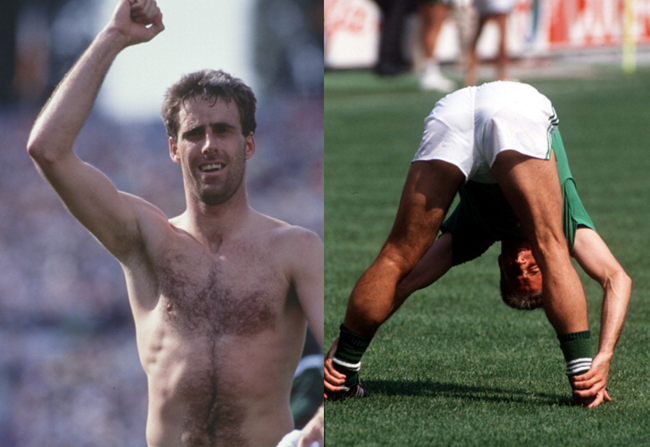 The year was 1990. Michael Bolton ruled the pop charts, Texas Chainsaw Massacre III was entertaining families at cinemas the world over and Maggie Thatcher endeared herself to a nation by introducing the Poll Tax. It truly was a fine old time to be alive.

As far as football was concerned, there was but one name worth knowing: a masculine young(ish) hunk who was dazzling in the colours of the Republic of Ireland despite clearly being born, raised and sculpted in Barnsley. His name was Michael McCarthy.

Euro ’92 qualifier. Lansdowne Road. England were the opponents. Ireland win a free-kick on the half-way line. Mick takes a moment to assess his options before deciding the goal is definitely within his Herculean range…

Such strength. Such poise. Such control.

We’re fully convinced Mick could throw a kettle over a pub if he wanted.