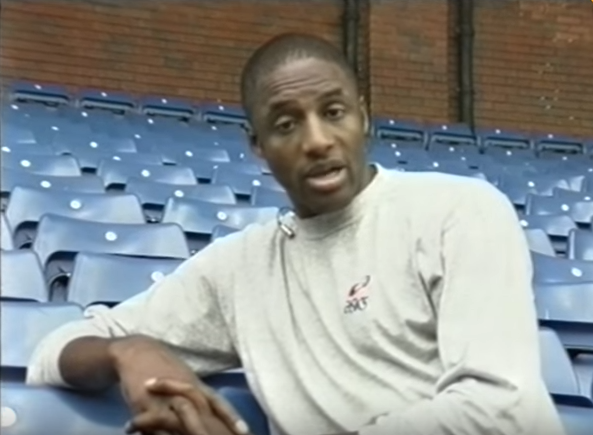 “We all read the newspapers”

Never the most technically adept striker, John Fashanu tended to make up for any shortcomings in finesse by what’s known in the trade as ‘putting it about a bit’.

A deeply cerebral and spiritual man, Fashanu sought to intellectualise his lumpen style by kidding himself that his violently-chucked elbows were a staunch element of his profound martial arts expertise.

Make no mistake, here was a man who could defend himself.

Here he is at some point in the mid 1990s, discussing his black belt prowess in detail…

What a plum. The man truly is a parody of himself.

We suggest you ask Gary Mabbutt if Fash truly was a zen-like master Judokan out there on the pitch.