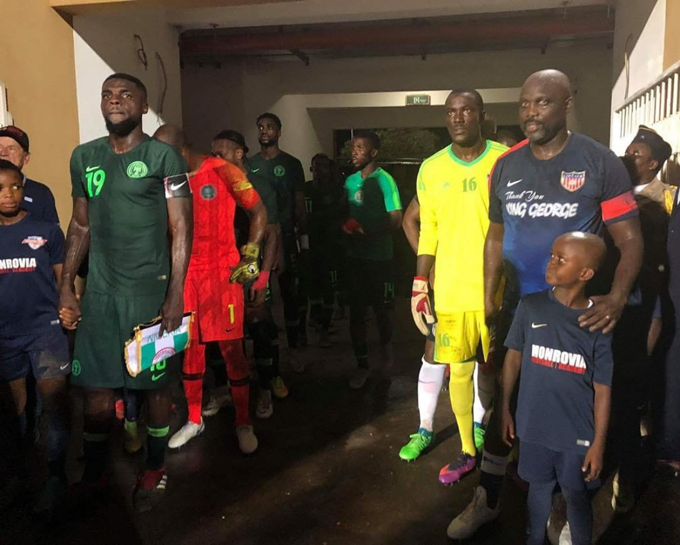 At the grand old age of 51, George Weah turned out for Liberia one last time in a friendly against Nigeria on Tuesday evening.

In what must surely be a first, Weah was deployed in the unlikely role of player/president (surely a footballing first) against the Super Eagles in Monrovia.

The game was arranged so that Liberia could officially retire Weah’s old No.14 jersey after the former AC Milan forward was elected as the African nation’s new president a few months ago.

President George Weah of Liberia leads the Lone Star out for this international friendly, donning the Number 14 jersey that will be retired today.
National Anthems done and dusted.#SoarSuperEagles.

Alas, Weah didn’t manage to add to his international goal tally, but he did last an entirely impressive 79 minutes before being subbed off to a standing ovation.

Liberia ended up on the wrong end of a 2-1 defeat – this all coming on the very same night that Weah’s 18-year-old son, Timothy, started for the USA in their game against Mexico in Nashville.

Just a few weeks short of his 52nd birthday, there’s also a good chance that Weah Senior will now enter the record books as the oldest player to ever feature in a FIFA-sanctioned international match.