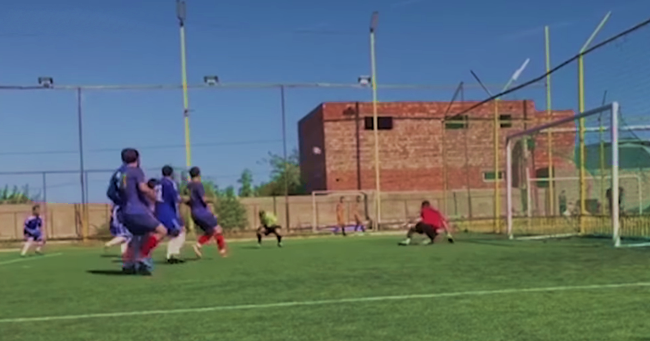 Here’s an amusing little vignette plucked straight from the ‘You’re The Ref’ annals that cropped up during an amateur match in Dagestan (Russia, sort of) at the weekend.

Trailing against rivals Keyes DD, home side Manas were gifted a goal when the referee himself managed to notch from a penalty kick.

As you may have twigged, the ref didn’t just steam in and power one into the top corner – sadly.

Instead, he simply suffered the misfortune of having his cranium in the wrong place at the wrong time when a Manas spot-kick came ricocheting back off the Keyes goalkeeper…

According to Euro News, the goal stood – as it should – and proved instrumental as Manas came back to rescue a dramatic 4-4 draw.

What a game. What a sport.