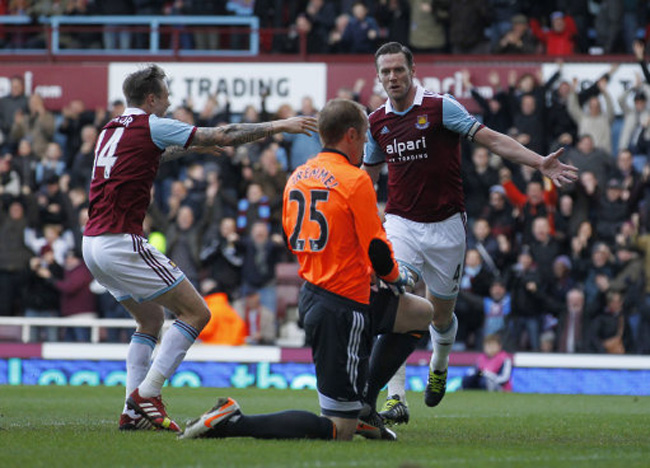 The partnership of Andy Carroll and Kevin Nolan produced two goals for the Hammers on Saturday as they outmuscled a imp Swansea side at Upton Park. Both goals came courtesy of a headed pass from Carroll and a finish from Nolan as Sam Allardyce’s old-school football left the Swans reeling.  As for the visitors, they rarely threatened the West Ham goal, with Wilfried Bony going closest. Carroll was sent off in the second period for violent conduct after he was adjudged to have clattered Chico Flores with his arm. Now most people, including the other folk at Pies, are convinced it was accidental. However, I’m not so sure. Anyway, even shorn of their big striker, the Hammers held on and were good value for their win. They now find themselves in the bottom three only courtesy of an inferior goal difference to West Brom, while Michael Laudrup’s men are themselves just two points clear of danger.