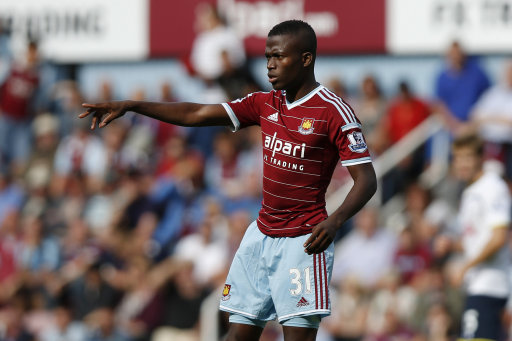 Having never played outside Ecuador and Mexico before signing for West Ham over the summer, it’s perhaps understandable that Enner Valencia didn’t have much to go on when it came to background information on his new employers.

With his £12million move to Upton Park imminent, Valencia decided to swot up on the Hammers using the only cultural artefact he could find centred around the club – which sadly for him turned out to be the absolutely dreadful hooligan movie, Green Street.

Speaking to the Guardian about settling in at the Boleyn, Valencia admitted: “I mainly knew about West Ham from watching films, and I know the supporters were very passionate.”

The Ecuadorian striker then revealed that the film he was referring to was indeed 2005’s Green Street, which starred the permanently-soppy Elijah Wood as an American student who gets caught up in the murky world of West Ham’s hooligan firms – apparently populated by shaven-headed stage school brats in Harrington jackets who routinely struggle to cloak their Surrey accents with Cockney brogues less believable than Don Cheadle’s appalling effort in Ocean’s Eleven…

“I was not scared. I respected the fact they are very passionate supporters and when I found out I was coming here I didn’t know what to expect,” the miraculously undaunted Valencia added.

“As soon as I arrived I was told that was all back in the day, in the old days, and it has all changed now.”