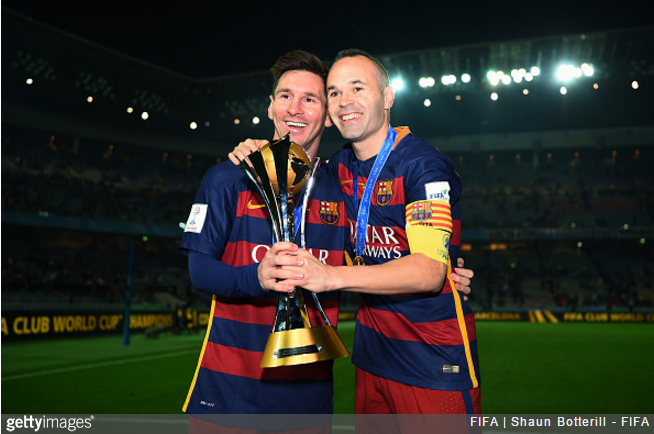 Much like Pies, Lionel Messi absolutely worships at the church of Andres Iniesta.

Having grown up alongside him at Barcelona from a young age, Messi has been fortunate to witness the midfielder play week in, week out in all his exquisite, consummate glory – and it would appear that the privilege hasn’t been lost on the Argentinian superduperstar.

In a passage taken from Iniesta’s new book, Messi describes the deep, mystical and largely unspoken bond the two of them share.

The language used is deeply affectionate, bordering on romantic:

I always picture him with the ball at his feet. That’s the way I have got used to seeing him. He does everything well, with simplicity.

At times, it may look like he’s not doing anything, but in fact he’s doing it all. Everything is different with Andres.

The hardest thing to do in football is to make it look like everything is easy, effortless, and that’s Andres.

We’re more similar in the fact that we don’t talk much. He sits in one corner, I sit in another. But we cross paths, we connect; with just a look we understand each other.

We don’t need more than that. On the pitch, I like him to be near me, especially when the game takes a turn for the worse, when things are difficult.

Me oh my. Steady on Leo, we’re about to blow a gasket here.