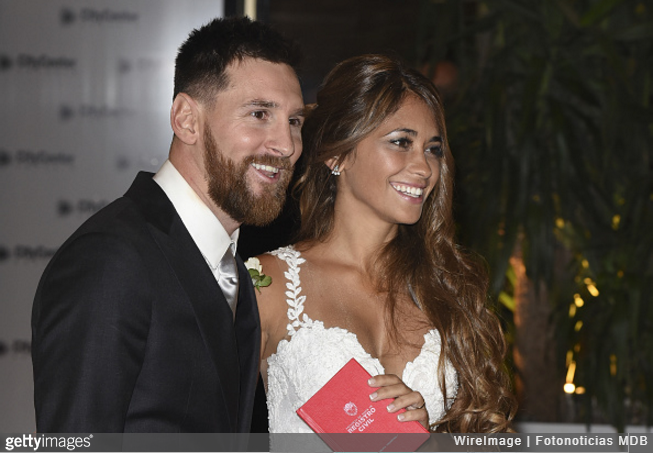 Lionel Messi donated all the leftover food and drink from his recent wedding to a local charity in his hometown of Rosario.

Xavi, Cesc Fabregas, Sergio Aguero, Luis Suarez and Carles Puyol were all among the guests as Messi tied the knot with his childhood sweetheart, Antonella Roccuzzo, during a lavish ceremony at the City Centre Rosario Hotel last weekend.

According to MARCA (via Spanish news agency EEE), all the food and drink that wasn’t consumed on the night was given directly to the Rosario Food Bank, who duly confirmed that they’d accepted the donation.

👏 An excellent gesture from Messi! 👏

He has donated the leftover food from his wedding to charity.

It all arrived to the store and we’re controlling it. We don’t yet know quite how much there is.

We explained to the wedding organisers that we can accept soft drinks and snacks, but that we’d have to change alcoholic drinks for money because we cannot accept them.

Given that Diego Maradona was cruelly deprived of an invite, we’re guessing Messi was left with more untouched booze than he might have otherwise.