Sheffield Wednesday’s late, late comeback win against Birmingham City at the weekend will no doubt have left many Blues’ fans feeling down in the dumps. However, for one particular home fan at St. Andrew’s on Saturday, the pain was magnified to infinity, with wonderfully hilarious consequences for us neutrals. 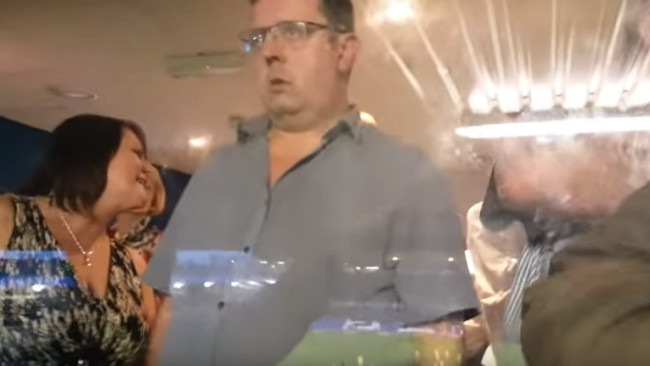 The fan in question was watching the game from the comfort of a box, with only glass dividing him and his loved ones from the raucous Owls’ fans in the stand below. All was well with the bespectacled man until the 77th minute, when Gary Hooper equalised for the visitors. And then, just two minutes later, Hooper netted a dramatic winner, leaving the poor fan to suffer the slings and arrows of over-excited mockery. This utter comedic brilliance which was seized upon by Wednesday’s media team who who were quick to let us all share in the Brummie’s misery….

The awkwardness of the whole thing is superb and while the chap does sort of smile towards the end, it can’t hide the inner turmoil. And his gormlessness is a sheer comedy delight throughout.

Or maybe we have been given a chilling glimpse into a dystopian future where the frustrated masses spend their days hurling abuse at the great and good from outside their glass palaces. Or it may just be about football.