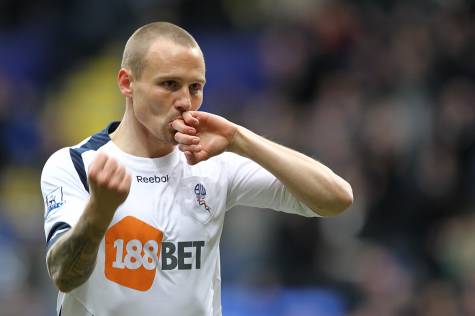 Bolton Wanderer’s midfielder Matthew Taylor has revealed that his form has been affected this season by a mystery bout of glandular fever – or ‘the kissing disease’.

“I didn’t feel myself and I went and had a blood test. It proved somewhere along the line in the past six months that I had glandular fever.

I wasn’t my usual self and out of the team and it was frustrating just watching the games. I couldn’t tell you when it was but it answered a few questions for me as I wasn’t playing particularly well.”

Taylor’s dip in form has seen him drop down behind 17-year-old Jack Wilshere in the pecking order at The Reebok Stadium of late, but the former Portsmouth man has still managed to weigh in with eight goals this season – most recently bagging a late brace against Stoke at the weekend.