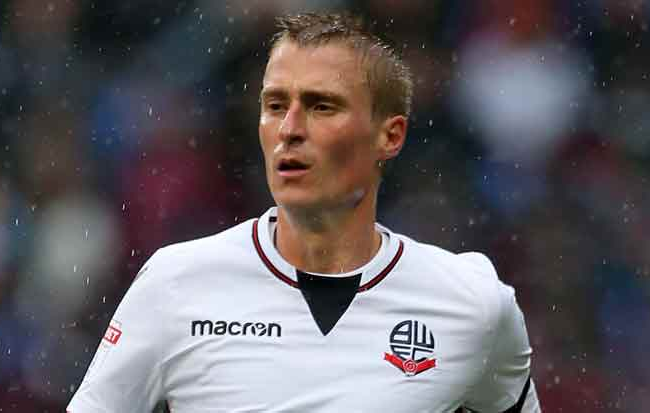 Tough news is filtering through today that Bolton defender Stephen Darby has announced his retirement from football, aged 29, after being diagnosed with motor neurone disease.

The former right-back, who began his career with Liverpool before going onto make over 230 appearances for Bradford under current Bolton manager Phil Parkinson, received the diagnosis from a specialist recently having not played since December.

In a statement posted on Bolton’s club website, he broke the bad news:

It is with great sadness that I announce my immediate retirement from professional football due to a recent diagnosis of motor neurone disease,

I would like to take the opportunity to thank my teammates, Phil Parkinson and all the staff at Bolton Wanderers Football Club for their amazing support at what has been an extremely difficult period for myself and my family.

I would like to ask for privacy at this time so I can adjust to the battle I have ahead and so that I can spend time with those closest to me.

Parkinson described Darby’s enforced retirement as “heart-breaking”, heralding the defender as an “outstanding professional and a fantastic person”.

Many other ex-footballers have been diagnosed with MND, with Fernando Ricksen (once of Rangers), Lenny Johnrose (Blackburn, Bury), David Hagen (Falkirk) all struggling with a debilitating condition that also ultimately claimed the lives of Don Revie, Rob Hindmarch, Willie Maddren, and former Celtic winger Jimmy Johnstone over the years.