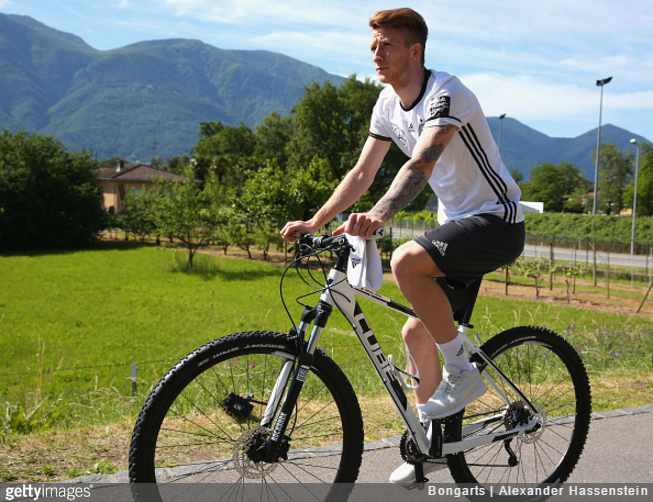 As you may recall, Reus was fined over half-a-million euros a couple of years ago when, after being stopped by police in Dortmund, it emerged that the forward had been merrily pootling around in his Aston Martin without a valid driving license for THREE YEARS.

Indeed, according to German broadcasting institution WDR, once pulled over for a routine speed check, Reus was only able to produce “a forged Dutch license”.

It subsequently came to light that Reus had previously been stopped for speeding five times, with Dortmund’s chief prosecutor duly charging him with driving without a license on all six occasions and stinging him for €540,000 (roughly £425,000) in correlation with his high wage bracket.

And so, after missing out on Euro 2016 through injury, the 27-year-old has put his time to good use and finally – finally – passed his driving test.

“Yes, it’s true that I’ve passed my driving test. I am pleased that this chapter is now closed,” he told Bild.

So is every single other road user in the Ruhr valley and beyond, Marco.

You can almost hear the collective sigh of relief from here.