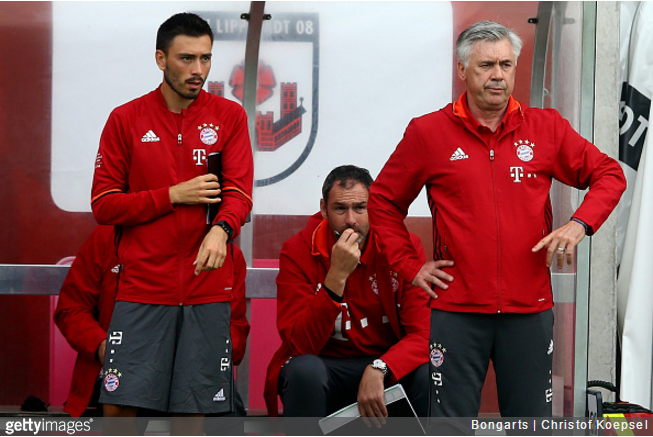 The Bundesliga is set to witness its first ever father-son coaching duo this coming season after new Bayern Munich coach Carlo Ancelotti went and officially named his son as his assistant on Monday.

Davide, 27, had been on the Bayern staff since his old man’s arrival, spending his first two months working as a fitness coach – much as he did under Ancelotti Snr. at Real Madrid.

However, according to ESPN FC, the former Milan youth player has now been promoted to assistant after undergoing eight months of intensive German tuition.

Take it from us Davide, “ein bier bitte” will get you as far as you need to go in Bavaria.