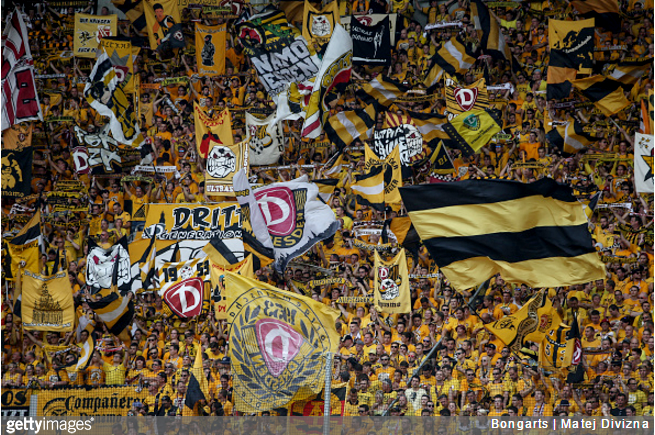 Dynamo Dresden have been fined £54,000 for the crowd unrest during August’s caustic DFB Pokal derby clash with rivals RB Leipzig that culminated in a lump of livestock being hurled over the advertising hoardings.

As well as myriad banners chastising Leipzig for selling out to Red Bull, one fan went as far as smuggling a severed bull’s head into the stadium which subsequently found its way onto the border of the pitch.

After launching an investigation into the incident, the German Football Federation (DFB) have also ordered Dresden to close a section of their stadium for the next game.

The DFB also cited six other instances of “unsportsmanlike behaviour” from the Dresden fans from three other games this season, including the lighting of flares.

The disciplinary committee does not disregard the fact that the high-risk game took place without any violent incidents because of Dresden’s efforts.

But at the same time, a number of incidents that took place during the game do not speak in Dresden’s favour, hence this ruling.

Dresden now have one week to appeal the decision.