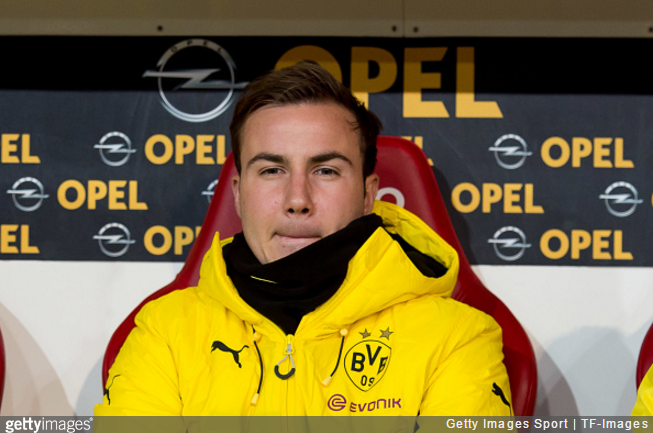 Having barely made a dent since his grand return, Mario Gotze has been ruled out for the foreseeable future with what Borussia Dortmund are calling “metabolic disturbances”.

A succession of muscular tweaks had previously restricted Gotze to just nine starts for Dortmund this season, following his controversial transfer back from Bayern Munich in the summer – spending a cumulative total of less than half-an-hour on the pitch since New Year.

After running medical tests to ascertain the root cause of his issues, BVB have also found that the 24-year-old has a problem with the very fabric of his being.

He [Gotze] has continually suffered with muscular problems in the past few months, prompting a comprehensive internal investigation into the possible causes.

Those investigations revealed the player has metabolic disturbances, rendering it absolutely necessary to withdraw him from team training for the time being.

Gotze also issued a mini-statement on the Dortmund website, trumpeting that he’s going to do “everything in his power” to get back in training as soon as possible.

So, metabolic disturbances. Any ideas? Anybody?