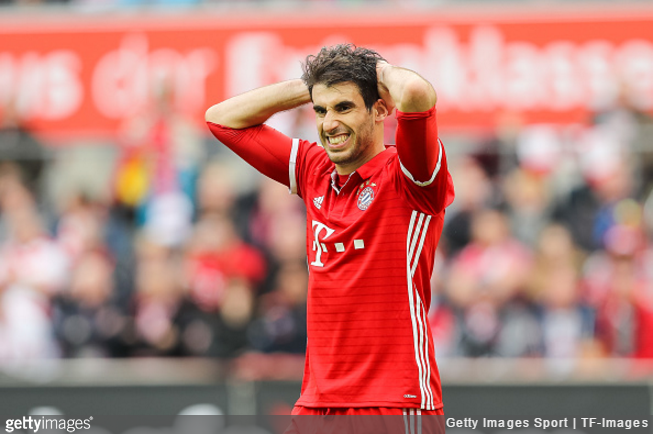 Bayern Munich have announced that Javi Martinez will miss the rest of the season after the midfield injured himself while out hiking recently.

According to Bayern’s official site, Martinez broke his left collarbone while out “hiking in the mountains while at home in Spain.”

.@Javi8martinez has fractured his left collarbone and will miss the remainder of the season.

We wish you a speedy recovery, Javi! pic.twitter.com/FzgXubTsa7

The club also confirmed that the 28-year-old underwent surgery on his knackered clavicle on Tuesday and is now in the process of recovering.

Thankfully, Bayern sewed up the Bundesliga title a fortnight ago with a 6-0 win over Wolfsburg, meaning that their last two fixtures against RB Leipzig and Freiburg are largely meaningless as far as Carlo Ancelotti’s side are concerned.