Borussia Monchengladbach are going a full tonk in the Bundesliga this season and are currently sitting in second place after 12 games, tucked four points behind early leaders Borussia Dortmund.

However, depending on the oomph of their social media reach, it looks like the title may have just been taken beyond them despite having the majority of the campaign left to play.

On their English language Twitter account, Gladbach made the mistake of asking the Bundesliga just how many retweets it would take for them to allow the championship to be delivered to Dieter Hecking’s side automatically. 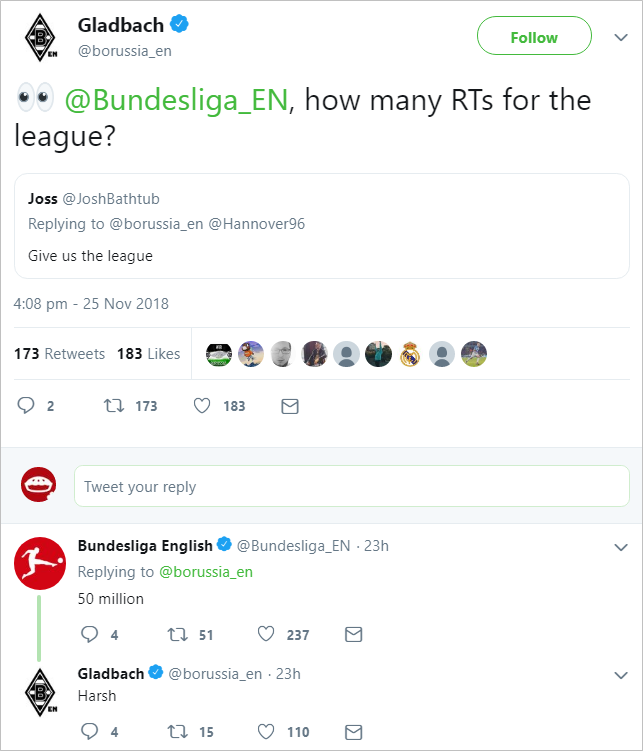 This resulted in Gladbach borrowing a tactic from that enterprising young man who begged – successfully, it’s worth noting – for a year’s supply of chicken nuggets.

HELP ME PLEASE. A MAN NEEDS HIS LEAGUE pic.twitter.com/m56hBBNW06

As mentioned, there is still plenty of time but even at the current retweet-ature rate it’s going to take about 25 years for Gladbach to get their tally over the finish line.