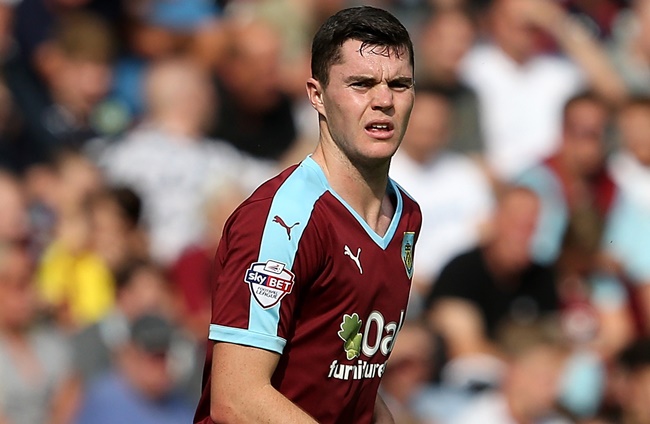 So serious was the concussion suffered by Michael Keane during a recent match that the brawny Burnley centre-back woke up thinking it was the year of our lord 1996.

Keane has revealed that he lost two entire decades when he clashed heads with an opponent inside the first half-an-hour of the Claret’s 2-0 win over Rotherham on 20th February.

The defender appeared groggy on the pitch and was quickly subbed off, only returning to first-team action against Blackburn on 5th March.

Discussing his hazy memories of the incident with BBC Radio Lancashire, Keane said:

I felt alright to go on but I went down from a set play and said to the physio I couldn’t see.

At first I was just really dizzy all the time and had no memory of the past week, really.

The doctor asked me what year it was and I thought it was 1996. I was all over the place.

The 23-year-old also reserved high praise for the medical team who carefully oversaw his recovery.

I got treated really well at the hospital, had a few scans and then had to take my time to get back to normal and thankfully now I am alright.

Looking back, taking me off was definitely the right thing to do.

They have to be extra cautious when it comes to head injuries and rightly so because you can get massive injuries to your brain.

Another not-too-subtle reminder of just how fragile the human brain and memory can be.

It’s a flipping good job football (and sport in general) is beginning to take concussion and the ‘soldiering on’ mentality as seriously as the matter warrants.