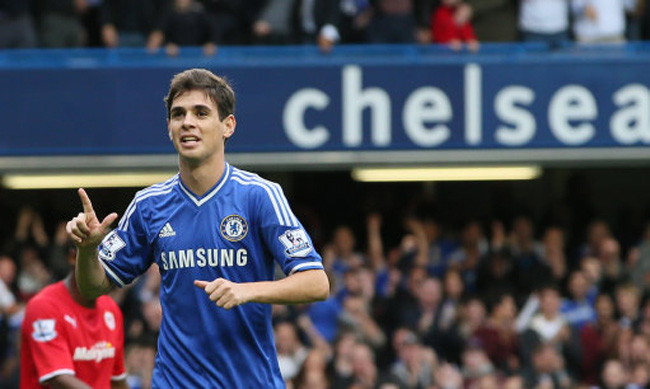 Eden Hazard snaffled a brace at Stamford Bridge on Saturday as the Blues came from a goal down to beat Cardiff 4-1.

The Bluebirds had opened the scoring early on, after a boo-boo from David Luiz allowed Jordon Mutch to fire home. But on the half-hour mark, the home side leveled the scores, albeit courtesy of a goal which should not have stood. Samuel Eto’o pinched the ball of Cardiff ‘keeper David Marshall when the goalkeeper was bouncing it, which is not allowed in rules of the game. However, referee Anthony Taylor allowed the move from Eto’o, with Hazard eventually netting to make it 1-1.

After the break, Jose Mourinho was sent to the stands for complaining abou Cardiff’s time-wasting as the visitors looked to protect their point. However, in the end the floodgates opened for the west Londoners, with Eto’o, Oscar and Hazard all scoring to secure a win which sees the Blues second, two points behind league-leaders Arsenal.