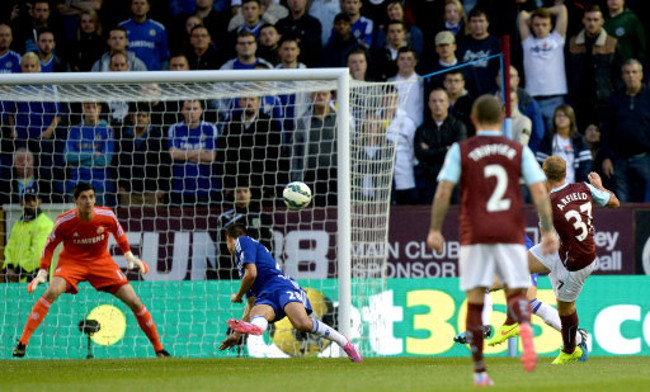 The Spaniard provided a superb assist for Andre Schurrle as well as firing over the corner from which Branislav Ivanovic scored the Blues second.

However, it was the Clarets who opened the scoring on 17 minutes courtesy of a fine long-range strike from Scott Arfield. The home side’s lead would only last three minutes before a Diego Costa tap-in levelled things up and from then on, it was all Chelsea.

Thibaut Courtois started in goal ahead of Petr Cech while returning Blues’ idol Didier Drogba made a cameo appearance towards the end in a show of Chelsea’s squad strength which is sure to see them push the likes of Manchester City all the way this season.