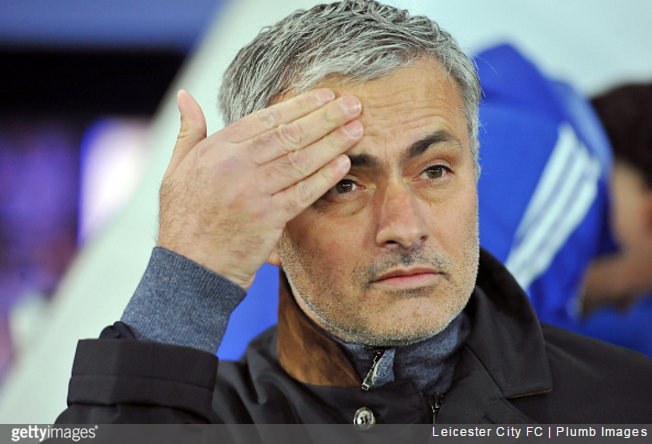 Having watched his Chelsea side slump to yet another Premier League defeat – their ninth of the season so far – against Leicester last night, a beleaguered Jose Mourinho told the baying press that he felt “betrayed” by the performance he’d just witnessed.

The loss left Chelsea in 16th place, dangling precariously just one point above the dotted line of doom after 16 games. Eden Hazard, almost the physical epitome of the Blues’ feeble morale, limped off with a phantom injury after half-an-hour.

Speaking after the final whistle, Mourinho was bitterly upset that his players repeatedly failed to snuff out Leicester’s attacking threat despite working on it all week in training.

I feel my work is betrayed. I worked four days in training for this match.

I went through it all with the players, you can ask them.

Asked how he plans to turn the rancid tide at Chelsea, Mourinho was equally galled.

We have these players and it’s with these players we have to go. The players that are not performing well, they must feel attacked in their pride and their self-esteem and they have to do everything to get results in a humble way.

Too right. Leicester were exuberant and resolute and got their just rewards. Chelsea’s team was and is stocked to the brim with too many players who, when it really comes down to the nitty-gritty, just don’t have the moral fibre to care enough to haul themselves out of the mire.

You’re not telling us Hazard was gravely injured last night are you? He plainly just didn’t fancy it. He hasn’t scored a Premier League goal in 19 games. That’s 1,675 minutes of nothing but lily-livered whimbreling. 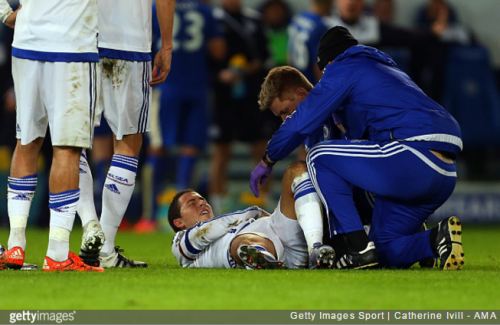 The Belgian wimp, Cesc Fabregas, Oscar, Diego Costa et al. They’d rather stew in their discontent for the next five months; pouting, moaning, playing with faces like smacked arses – all safe in the knowledge that some other major club will still happily snap them up in a heartbeat next summer. There’s a flimsy façade from time to time, but the heart just isn’t there.

The fact that Willian is realistically the fifth or sixth strongest attacking player in the Chelsea ranks and has been far and away their best player this season says it all. Attitude over ability.

With the situation as dire as it is, Mourinho should be calling this shower’s professionalism into question, publicly or privately.

Clear them out. Let the kids take their place. Ship them out at the first available convenience. Rip it up. Start again.