Willian has claimed that he was not the person responsible for blotting Antonio Conte out of Chelsea’s victorious FA Cup Final team photo back in May.

The Blues beat Manchester United 1-0 at Wembley to lift the cup. However, the Brazilian winger, perturbed at only getting a few minutes at the end of the game, celebrated by erasing his manager from the celebrations in a picture shared on Instagram after the game… 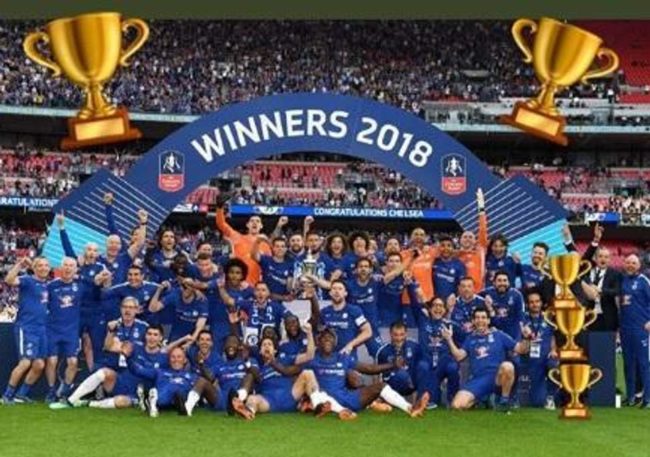 Appearing on a Brazilian television show called ‘Resenha’, Willian chatted to Djalminha and Alex (formerly of Fenerbahce) about his career, life at Chelsea and particularly the strained relationship he (and several of his Brazilian teammates) appeared to endure with Conte.

The 29-year-old began by naming Jose Mourinho as the best manager he’s ever played under, revealing that the pair still exchange text messages and that he hopes to play under him again someday before, hurriedly, reiterating how happy he currently is at Chelsea.

He then described playing for Conte as “difficult” and “complicated”, admitting there were times when he and other players just didn’t understand what was being asked of them on a game-by-game basis.

Then came the question of *that* photo, to which Willian offered the most paltry of excuses:

My daughter was playing with my cellphone and she ended up putting those emojis over Conte.

Suuuuuuure she did. Willy may as well have blamed Joleon Lescott’s sentient trousers for all we believe him.

The full Resenha interview, together with impeccable subtitling, is here to view…