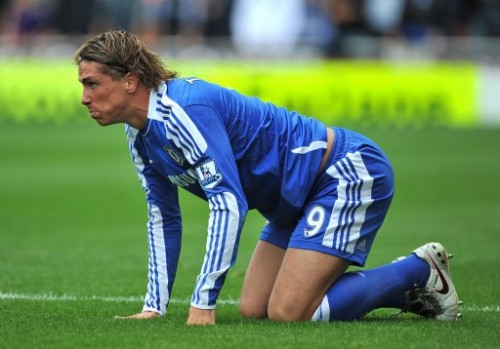 While he may not be having much of an impact on the pitch for Chelsea, striker Fernando Torres looks to have created a stir off it, courtesy of an interview he gave to Spain’s Primera Liga website last week.

In the interview, the out-of-form striker is reported to have claimed that his older Chelsea team-mates are too slow. The Spanish international has now stated that he has been misquoted, but already Blues boss Andre Villas-Boas is hunting down an original recording of the interview to find out just what his £50million misfiring star actually said.

Villas-Boas doesn’t seem overly concerned about the issue, however. “If it was unauthorised, I’d fine him, of course, ” he explained. “Anyhow, it’s one player’s perspective.”

Still, with only one goal in 18 Premier League games for Chelsea (at a rate of one every 1010 minutes), and with Daniel Sturridge starting to look the real deal, how long will it be before Torres and his alice band are off to Dubai or Russia for an easier life and even more money?