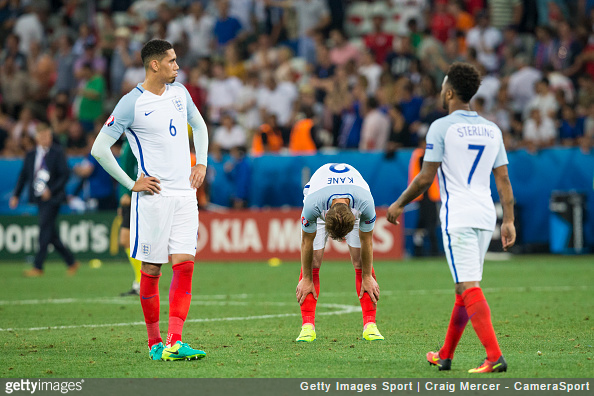 The fallout from England’s sombre Euro 2016 exit continues apace with Jamie Carragher being the latest person of interest to go in hard on Roy’s beleaguered boys.

Specifically, Carragher has targeted England’s distinct lack of mettle and moral fibre, indirectly accusing the FA and the Premier League of producing a generation of “babies”.

Writing in his Daily Mail column, Carra let forth a diatribe on what he calls ‘The Academy Generation’ – the coddled, soulless young oiks being produced by a system that panders to their every whim and makes them millionaires before they’re out of their teens.

Too soft. This is what England’s players have become. The Academy Generation — for that is what they are — are soft physically and soft mentally.

We saw the end result in all its gruesome detail in Nice on Monday when another major tournament ended in calamity and blame.

I call them the Academy Generation because they have come through in an era when footballers have never had more time being coached.

They get ferried to football schools, they work on immaculate pitches, play in pristine training gear every day and everything is done to ensure all they have to do is focus on football. We think we are making them men but actually we are creating babies.

The former Liverpool centre-half then turned his focus to the current England team, delivering a few home truths as he went:

It never is the players’ fault when England crash out of a competition, is it? It’s always the manager not listening or the facilities not being good enough or the climate was too hot or the officials made mistakes. But never the players. Absolutely not.

Well, it’s time to explode that myth. I was in South Africa in 2010. I heard all the complaints about Fabio Capello and his strict methods and all the grumblings about the base where we stayed in Sun City being too isolated.

Do you know the truth? The complaints were bulls**t. We came home early because we were not good enough.

That weakness that runs through England squads is only getting worse and I was enraged by the way that team disintegrated when the stakes were rising.

I call some of the squad – I don’t believe it applies to the full group – too soft. Why won’t they take responsibility?

They live lives now with personal assistants, player liaison officers, nannies and agents organising every little detail for them. Some wouldn’t even know how to book a holiday or an appointment at the dentist for themselves.

It strips character. You can see that in the interviews they give… there really is no point in watching them, as they are afraid of saying anything.

Does this generation love the game? I’m not sure.

That is the Academy Generation. The generation that became too soft.

For the record, Carragher then went on to pick Jurgen Klinsmann as the man he’d like to see take over from Hodgson in the England set-up, chiefly because he’s managed to reach a semi-final or two as both Germany and USA coach.

This is what it’s come to. Daydreaming about reaching semi-finals.