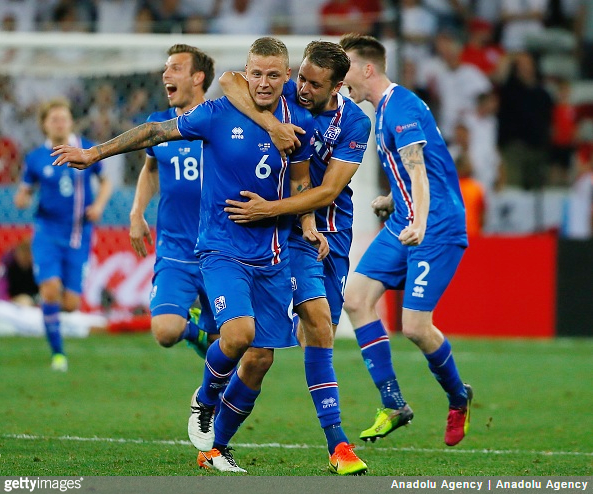 An Olympic swimmer has vowed to swim the entire way around Iceland should England’s last-16 overlords achieve the improbable feat of actually winning Euro 2016 outright.

200m freestyle champion Yannick Agnel joked on Twitter that, should Iceland beat his native France in the quarter-finals and go on to win the tournament, he’d brave the freezing sea and swim an entire lap of the island.

As one diligent Twitter user then calculated, the 2,000-kilometre tour would take Agnel roughly 28 days provided he managed to maintain a steady pace of 3km per day through the choppy Nordic waters.

According to AS, word of the tongue-in-cheek wager quickly reached Iceland co-coach Heimir Hallgrimsson, who had a few choice words of warning for Agnel.

I wouldn’t recommend it, but it is possible — although he’ll have to pick the right weather.

There speaks the voice of experience.