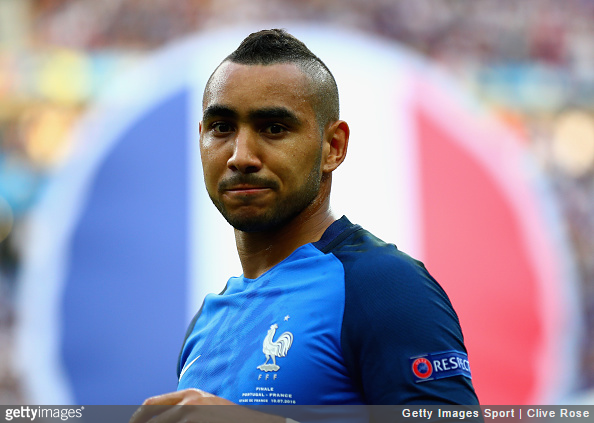 Dimitri Payet has been named as the best player at Euro 2016 after finishing the tournament on top of UEFA’s ‘player barometer’, i.e, the aggregator they’ve used to process performance statistics since day one.

Payet got off to a flying start be scoring the winning goal for France in the opening match against Romania, scoring twice more in Les Bleus’ run to the final.

So, thanks to UEFA’s fancy (if entirely objective) barometer, two good performances in the group stage have landed Payet with the Player of the Tournament award.

Payet ended [Euro 2016] where he started it, on top of the Player Barometer ahead of Antoine Griezmann and Gareth Bale, while Rui Patrício overtook Manuel Neuer as top goalkeeper.

With six goals to his name, Griezmann was forced to make do with the Golden Boot.

Elsewhere, Renato Sanches was crowned the Young Player of the Tournament after a series of mature, driving outings in the heart of the victorious Portugal midfield – becoming both Portugal’s youngest goalscorer and the youngest ever finalist outright (18 years, 328 days) in European Championship history along the way.

On the evidence of the past month, Bayern Munich may have just landed themselves a bit of bargain.