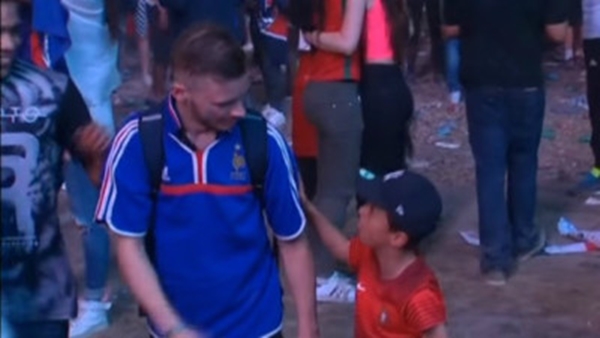 The Portuguese tourism board have gone out of their way to reward two of Euro 2016’s most prevalent stars for their exemplary conduct in the aftermath of the final.

After successfully tracking down the wee Portugal fan – Mathis, a 10-year-old French lad with Portuguese parents – the bods at the Portugal tourism board are now desperately seeking to make contact with the as-yet-unidentified France fan in order to offer them both a complimentary trip to visit their country.

“Tourism Portugal has launched an appeal to find the France supporter and invite him to visit Portugal,” the board said in a statement.

They added that the actions of young Mathis had “communicated the intense emotions of the final and demonstrated the way to be friendly, tolerant and authentically Portuguese.”