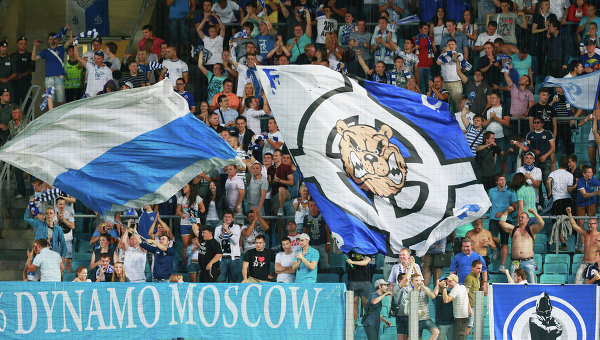 According to Russian outlet R-Sport, the Dynamo Moscow players were attacked by a group of thoroughly peeved, militant fans wielding paintball guns as the squad trained in Novogorsk earlier today.

Dynamo have conceded 20 goals in their first 11 games of the Russian Premier League season – eight of which they have lost – and are currently experiencing their worst start to a campaign on record, wallowing way down the table in the relegation zone mire.

“Words fail me. What should we do? Should each of us hire a personal bodyguard? I was hit in the back of the head when they shot at us, lots of players were hit.

“I didn’t even realise what they were shooting with, perhaps paintballs, they were in camouflage and fled pretty quickly. It was vile. Fans should support us, not do this type of thing.

“I’m still in shock. I have a small child at home, we’ve all got families. What if someone got seriously hurt? What would happen then? I will take advice from some people and decide whether to seek prosecution, because this was an attack.”

The unsettling paintball attack comes one month after several players were left threatening messages at the club’s training HQ, reading: “If the club and the coaches can’t motivate you, then believe us, we will do it. We are the supporters and the fans. And our methods will be a little more serious.”

Strewth. Can everyone just calm the f**k down?