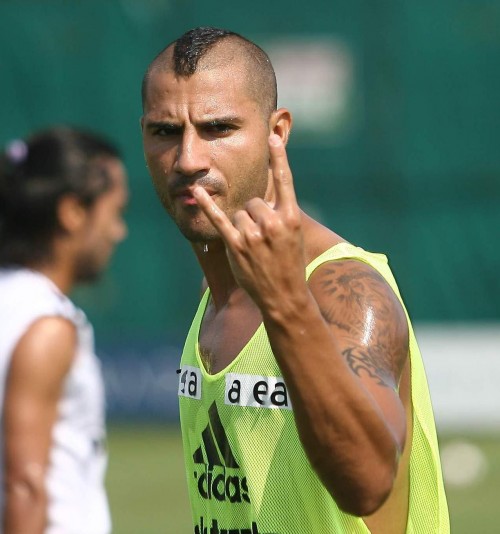 Does this look like a man who’d flash his knackers then widdle on people? Actually, don’t answer that…

Well, this is all a little unpleasant. With Besiktas desperately scrabbling to shave lumps off their wage bill this summer, a number of their big-earning players were sold on, though Ricardo Quaresma  – who was bringing in €3.75 million per calendar year at the time – could not be moved.

After months of wrangling, Quaresma eventually agreed to knock €750,000 off his salary and it was assumed he did so as a result of being frozen out of the first-string setup since the beginning of the Turkish Super Lig season.

Not so, according to Besiktas board member Ahmed Nur Cebi, who has claimed that the real reason Quaresma was shelved is because – those of you of a squeamish disposition may wish to leave at this moment – the Portuguese winger exposed his genitals to a woman working at the club’s training facilities and (yep, there’s an ‘and’) urinated on the team’s outfitter and equipment handler – or ‘kitman’ as they used to call them.

It shouldn’t come as a surprise to learn that Quaresma and his agent, Jorge Mendes, are now planning to sue Mr Cebi for going public with his baseless (as yet) accusations of pecker-poking and piss-piddling.