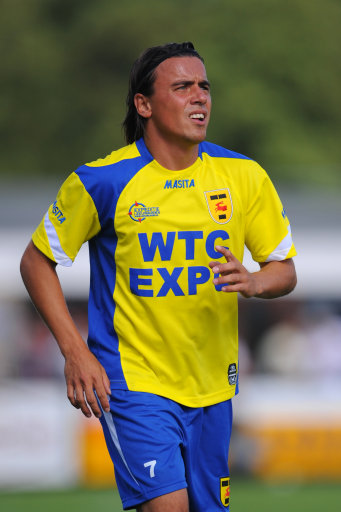 Dutch second division side FC Emmen have terminated the contract of a player after he was arrested for being a ‘wildpoeper’ in the Hollandish vernacular – which is, we’re afraid to say, exactly what it sounds like.

Police apparently found Emmen striker Jeffrey de Visscher (who was briefly on Aberdeen’s books a few years ago) alone, heavily inebriated and squatting at the side of his car at the side of a road through a forest in the middle of the night.

At the time De Visscher, 31, claimed a friend was driving his car and had walked off after pulling over to give him some privacy while he ‘wildpooped’ – though De Visscher was unsure who the man was or where he had gone.

De Visscher was reportedly arrested at the scene and has since had his license taken away, with Emmen also announcing that they are now planning to terminate his contract at the club as of the first day of January, 2013.

It’s worth pointing out that he man himself has called the story ‘total hogwash’ and that he came to a mutual agreement with Emmen to terminate his contract early due to limited playing opportunities – though that’s not nearly as good a story.

And a pat on the back to Pies for making it through that without making a single faeces pun! A gold star for us!