Apparently it was ‘a joke to wind up a friend’ but, as sent into The Sun  (who call it a ‘sick pose from the £20,000-a-week defender’ – they’re always keen to let you know just how much these guys earn in times such as these) by an anonymous West Brom fan, here’s Liam Ridgewell besmirching her majesty’s visage with a treasonous display of scatological impudence… 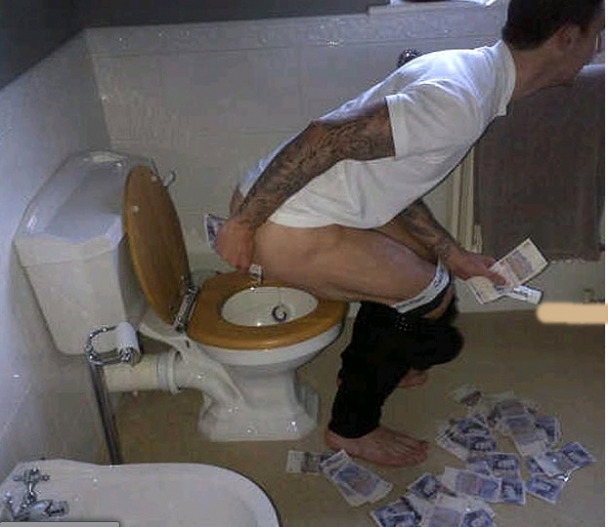 (Photo via The Sun)