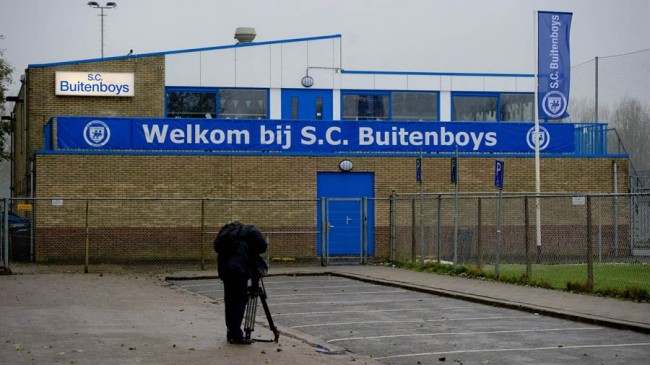 Sad news to start the morning in that a Dutch man has died as a result of the injuries he sustained when he was attacked by a group of teenage players while acting as linesman in a Sunday league match.

Richard Nieuwenhuizen, who was 41, was punched and kicked repeatedly by three players from Amsterdam-based club Nieuw Sloten then collapsed and was taken to hospital. He died the next day, effectively kicked to death in front of his own son on a Sunday league football pitch.

As he did every weekend, Nieuwenhuizen had been running the line for Buitenboys football club while his own son had been playing in the game.

According to the BBC, three teenagers, aged between 15 and 16, have been arrested and taken into police custody.

Buitenboys broke the tragic news on Monday evening via their official Twitter feed: “Our linesman Richard died at 17:30 in front of his family. This violence must stop on the pitch! #stopsenselessviolence.”

Nieuw-Sloten said they were “deeply shocked” by the incident, and that they fully intend to issue lifetime bans to the three players responsible. They have also pulled their team out of the league and ‘temporarily suspended all their operations as a club.’

There are no words.