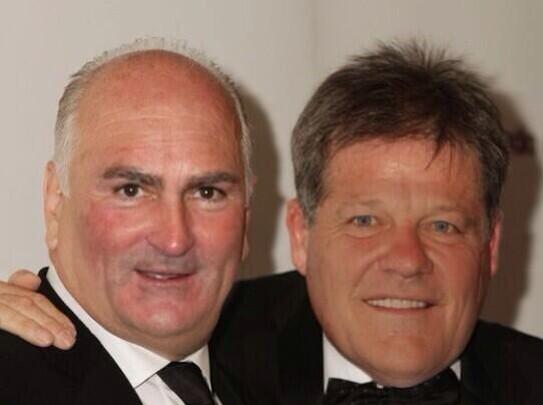 Richard Keys used to present Sky Sports’ football coverage for many-a-year. He now doesn’t. This is because he did a small sexism on television a couple of years ago and paid the price. Now he and his partner in crime, Andy Gray, present Premier League coverage out in Qatar with Al Jazeera.

Keys has given an interview to the Indy’s Jack Pitt-Brookes, and we thought we’d bring you some of the choice excerpts and quotes. Quite honestly, Steve Coogan and Armando Iannucci couldn’t have ladled on the delusional hubris any better…

“When Sky Sports were signing [new presenters and pundits] left, right and centre, I said, ‘I wouldn’t do that’. Sky have done their money. They’ve done their money on Gary Neville and Jamie Carragher and Graeme Souness and they haven’t got the money to pay anyone else. And with the regularity of those three, the novelty will wear off.”

On the hiring of Gary Neville: “He was my idea. Me and Geoff Shreeves. We sat with him in Manchester over a bowl of chips. We went and saw Giggsy over the same weekend and said to them both, ‘Whichever one of you retires first, come and join us’. I went to [then-Sky managing director] Vic Wakeling – Shreevesy was as much a part of it – saying, ‘One or other of those two would be perfect’.”

On competition from BT Sport: “Andy and I saw off challenges almost as if they hadn’t happened. Everything has changed now. There is a lot of youth about the place.”

On the importance of (his own) experience: “Andy Melvin – who was the genius behind most of what Sky did – he always used to give me the analogy of a 747 pilot. When you wander on to a 747 and you see a grey-haired pilot, it looks like he’s got a few miles on his clock, been round the world a few times, you feel safer with him. A youthful pilot might not have encountered the same problems. There is a place for experience. It is a commodity money can’t buy. Perhaps they need to think carefully in that respect.”

On the new SNF and MNF live audience format: “They’ve tried to emulate the Top Gear format, which is sensational. The boys do that brilliantly. But it’s a different show. It’s their call. We tried an audience on Monday Night Football 10 years ago. And it failed. It failed miserably.”

And so on and so on… You can read the full thing here if you wish.

He goes on to claim that he was fired by Sky, not because he accidentally showed himself up as a retrograde misogynist but because “dark forces” in the media conspired to oust he and Gray in order to usher in a new “youthful” dawn of sport reporting.

The man obviously still considers himself an overthrown titan and wholeheartedly believes that, once the world tires of all these youthful, buttoned-down pundits and their wishy-washy statistical analysis, he and Gray will be welcomed back with open arms to yank the Sky Sports audience from a quagmire of their own making.

Oh, and while we’re on the subject, Keys actually calls Andy Gray “the best, the Daddy of them all, the guy who invented it” at one point.