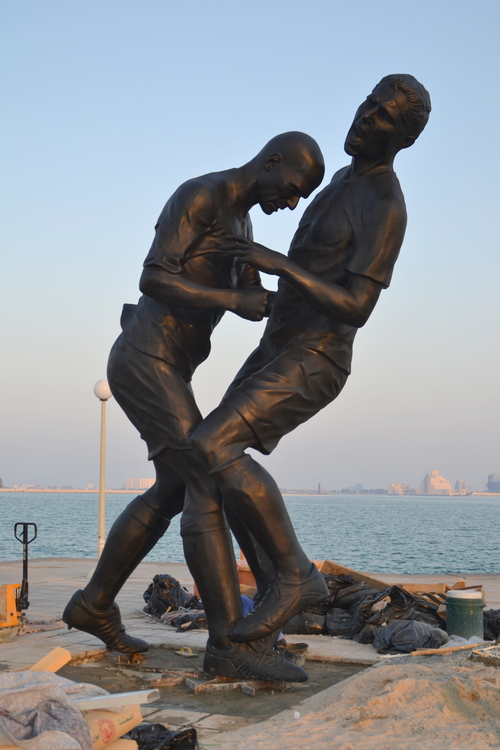 Qatar are definitely getting their priorities right as the country prepares to host the 2022 World Cup. They may have inhospitable climates, no stadiums, insufficient infrastructure, allegations of Nepalese slave labour to deal with and absolutely zippo in the way of footballing pedigree, but what they do have now, thanks to a significant investment by the country’s Museums Authority, is a five-metre-tall statue of Zinedine Zidane’s headbutt to Marco Materazzi’s sternum – yeah, the one from outside the Pompidou Centre that everybody in Paris hated.

Well, everybody except one bloke.

The statue has been purchased by the Qatar Museums Authority (QMA) and is currently being installed outside a restaurant on the Doha Corniche (the sea-front promenade along Doha Bay) with the QMA’s director of public art, Jean-Paul Engelen, telling Doha News:

“It’s an impressive piece. It’s a huge sculpture, and it’s done in the same style as Greek Mythological statues, but this glorifies human defects instead.

“It shows that although we sometimes treat footballers like gods, they’re not – they’re just human beings.”

Silly Qatar. If you wanted a footballing statue to really attract tourism and the like, then you should’ve hunted down this little stunner in the streets of Naples… 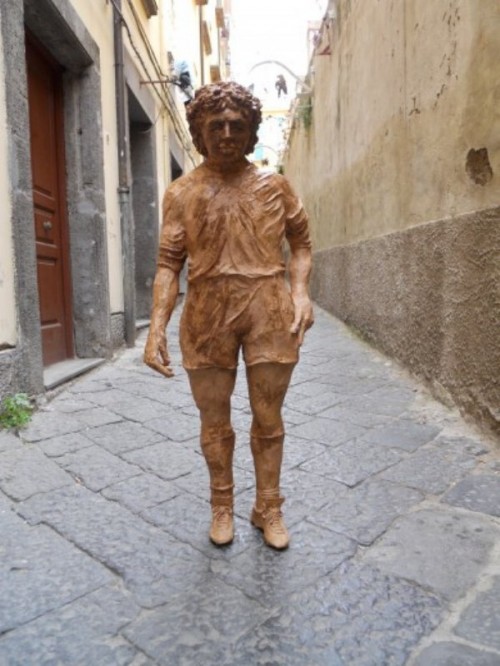 Maradona. It’s supposed to be Maradona.