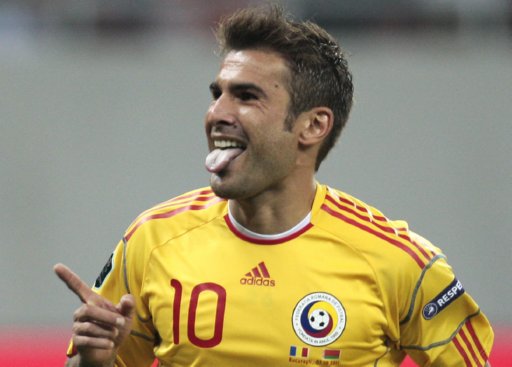 As his career continues to nosedive thanks to his brief nasal dalliance with the White Witch of Bogota, Mutu has today been told that he will never play international football again after comparing Romania coach Victor Piturca to Mr Bean for having the temerity to leave him at home for the crucial World Cup play-off double-header against Greece.

Mutu posted a picture with Mr Bean’s gurning face tacked over the top of Piturca’s to his Facebook account, saying “I found a nice pic” after being left out of the Romania squad which eventually lost out to Greece and, though the image was swiftly removed, it didn’t take long for the Romanian Football Federation (FRF) to get wind of the 34-year-old Ajaccio striker’s antics and begin penning him an angry letter. 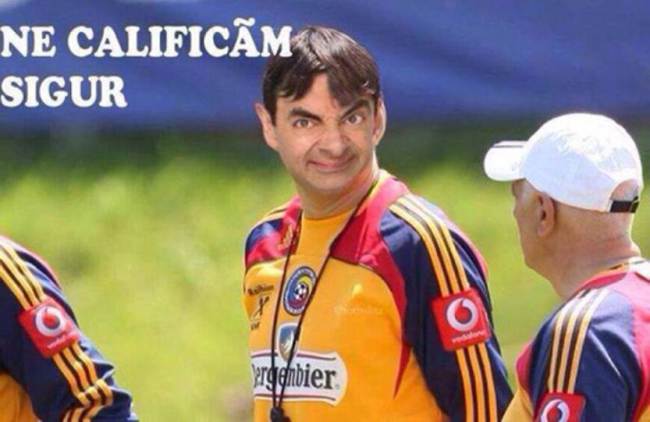 (“Sure we’ll qualify” or something to that end)

Indeed, Mutu then apologised for the jibe via Romanian sports news outlet Dolce Sport, claiming that he “found the picture funny” and only posted it to “lighten the atmosphere” and that he was “on Romania’s side”, despite then also adding that, while he has no intention of retiring from international duty, his “doors will be closed” to the national team as long as Piturca remains in charge.

Anyway, the following day the FRF made the decision for him when, according to the Metro, they sent Mutu a letter informing him that he will not be considered for selection by the national team ever again – regardless of who’s in charge.

Let that be a lesson to you kiddiwinks: Don’t do drugs.