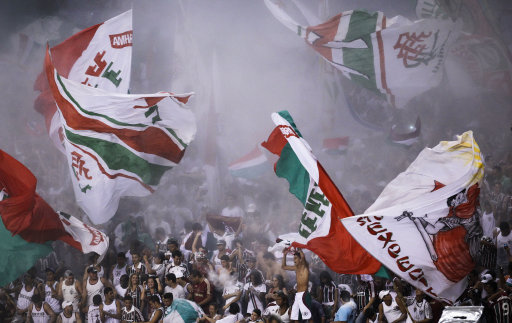 Remember last week when we bought you the news that former 2010 and 2012 Brazilian champions Fluminense had become the first ever side to be relegated from Serie A as reigning champions?

You do? Well forget it. The information we gave you is no longer current or correct.

Thanks to a ruling by Brazil’s national court of sport, the Superior Court of Sporting Justice, Fluminense have had their record-breaking relegation overturned with Portuguesa being relegated down to Serie B in their place after the latter were docked four points yesterday for naming a suspended player as a substitute.

Portuguesa have professed their innocence and have vowed to appeal the decision, with club president Manuel da Lupa that the error was a “genuine mistake” caused by crossed wires between coaching staff and a lawyer representing the club.

However, presiding judge Paulo Valed Perry was not about to let Portuguesa’s ignorance slide, saying: “It’s no excuse for them to say they didn’t know.”

Flu, for the time being at least, have been reinstated back up into the top tier.

You’ve got to love Brazilian football sometimes. Most of the time they don’t even try to pretend that they’re not making it up as they go along!