Didn’t take Michael Chopra long to delete this one… 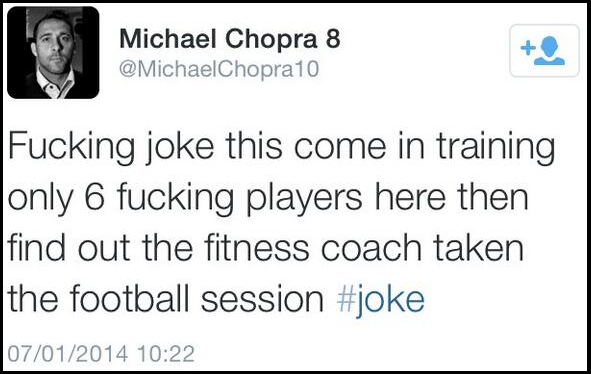 That’s right, Chopra took to Twitter to brand Blackpool’s training regimen a “f**king joke” after turning up to find just six players in attendance for today’s session, with manager Paul Ince also obviously absent as the session was taken by one of the Tangerines’ fitness coaches.

Who’d have thunk it, eh? A club run by Paul Ince ever being described as a “f**king joke”? It beggars belief.

(Image via The Score)